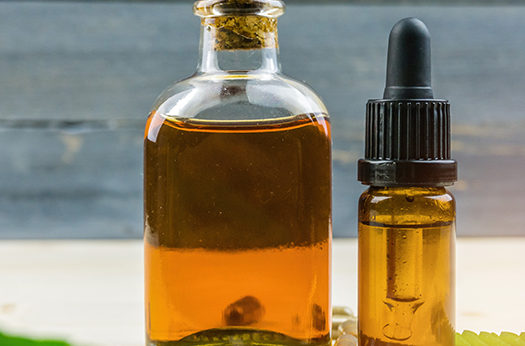 Can CBD Help with COPD?

CBD is the abbreviation used to describe cannabidiol, which is a natural oil extracted from the cannabis plant. Remarkably, studies have shown that it has some effectiveness in the treatment of many medical conditions, including anxiety, pain management, and even cancer. Despite these benefits, CBD oil remains controversial to many people, because of where it comes from. Being derived from the cannabis plant, many believe that it is like cannabis, the drug, also called marijuana. But it is important to note, that if CBD oil is extracted correctly, it will not produce the psychoactive effects typically associated with illicit drug use. This is because CBD oil contains little to no tetrahydrocannabinol (THC), which is the active ingredient in marijuana. THC is the substance responsible for “high” feeling that is most typically associated with recreational marijuana use.

What are the main health benefits of CBD?

There has been a wealth of research conducted on CBD in terms of potential health benefits. And some of the results may surprise you. One of its most common applications since it became more widely available has been in the treatment of chronic and intermittent pain. In fact, marijuana has been used as a form of pain relief for thousands of years, with ancient people discovering its effectiveness incredibly early on. But if you are wanting to avoid the “high” to live your daily life normally, CBD oil might be the answer.

CBD can work as a pain reliever due to the way it interacts with the body’s endocannabinoid system, which regulates sleep, appetite, the immune system, and pain. CBD can affect the receptors in this system, reducing inflammation and lessening pain.

Another common use for CBD is on mental health concerns, such as anxiety and depression. As with the endocannabinoid system, CBD is able to interact with the brain’s receptors for serotonin, which regulates mood and social behaviour. Studies have found improvements in patients and a reduction in their troubling anxiety and depressive symptoms after commencing CBD.

CBD has also been found to be an effective treatment for acne, and even some skin cancers.

COPD is the shortened term for chronic obstructive pulmonary disease. This refers to a group of diseases that block natural airflow and make it difficult for a person to breathe. They usually develop over a long period of time, because of environmental factors, such as smoking. Emphysema and chronic bronchitis are the most common features of COPD. Symptoms include wheezing, shortness of breath, tiredness, and a chronic cough. COPD is irreversible, however there are some treatments available to help manage the symptoms. Inhalers and steroids are usually the prescription of choice for patients with COPD.

Can CBD help with COPD? Studies into the effectiveness of CBD on COPD are rare and more research is sorely needed in this area. It is also difficult to extrapolate the likely effectiveness of CBD on this condition, given the uniqueness and complexity of COPD. So far, no treatment has been able to reverse the damage to the lungs caused by COPD, and it would be too far a leap to assume that CBD can achieve this. However, due to its anti-inflammatory properties, it is possible that it may assist in alleviating symptoms, or at least some. CBD can relax parts of the body when applied correctly and it is feasible that it might be able to help with reducing a chronic cough. Unfortunately, there is also scant anecdotal evidence on CBD being used as a treatment for COPD as well, which makes any conclusions difficult to affirm.

Are there any risks or side effects?

CBD is completely natural, and because it contains no THC, there are no addictive qualities. Studies have examined this at length and so far, none have identified troubling side effects. Even more fascinating, no study has found any credible evidence for risk of overdose, leading some to believe that overdose on CBD is not even possible. You can be assured that if sourced from a reputable provider, CBD is safe, and side effect free.