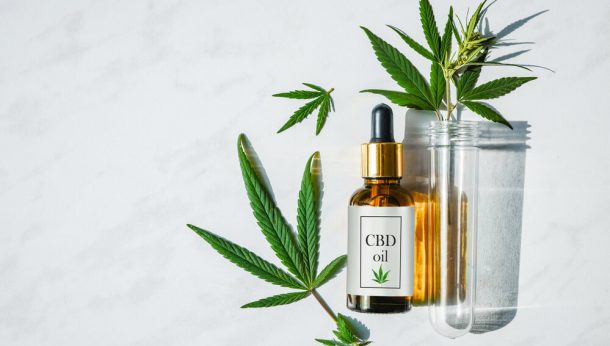 Does CBD Mess with Your Brain?

CBD is a chemical that is found in the Cannabis plant. There tends to be misconceptions of the effects of CBD, with many people believing that it has an adverse effect on the brain, and anyone who takes it will end up “high”. This is not true, as the psychoactive ingredient which creates this effect is THC (tetrahydrocannabinol), which is not the same as CBD. CBD is becoming more commonly used and is now a legal substance in many places, unlike marijuana. You can find CBD in liquid form and oil-based capsules, as well as some food and beauty products.

So does CBD mess with your brain? Contrary to what may sometimes be portrayed about CBD it does not “mess with your head”. Well, at least not in a negative way. Here are some of the potential effects of CBD on the brain.

Researchers have found that CBD can help reduce anxiety as it can slow the blood through in the areas of the brain which have a direct link to anxiety. In this respect, it may “mess with the brain” — but in a positive way!

Some people who suffer from chronic pain have found that by using CBD, they have been able to manage their symptoms. It modifies the CB2 receptors, and some scientists believe that it may influence the response these receptors have to pain, which in turn can reduce pain and inflammation.

The damage caused by our brain cells becoming overactive is known as excitotoxicity. This can be caused because of degenerative diseases such as multiple sclerosis and Alzheimer’s. Excitotoxicity is found in all age-related neurodegenerative diseases as well as brain disorders. It’s also found in epilepsy. There has been research conducted to suggest that CBD can lower excitation in the brain cells, and CBD is actually being used in some cases to treat epilepsy.

As CBD influences CB2 receptors, and it has been found to reduce oxidative damage. This is because it has strong antioxidant abilities. One study which was published in the Journal of Alzheimer’s Disease showed that it had a positive effect on memory deficits of Alzheimer’s disease, although this was only tested on animals.

CBD may also enhance your mood. As it triggers the serotonin receptors in the brain, and this enhances cortisol levels, which control our emotions. This means that CBD can be a treatment for those who are suffering from depression, stress, and anxiety. Studies suggest that CBD could be a good booster for mental health.

As it has anti-inflammatory properties, it could also help to improve brain health conditions which are related to inflammation. This includes diseases such as Alzheimer’s.

Although there are still a lot of human studies to be undertaken, studies which have taken place so far have suggested that CBD can be beneficial to the function of the brain. This is not to be confused with cannabis, which contains THC. CBD is becoming increasingly popular for those who are suffering from conditions such as chronic pain and migraines, as well as mental health issues. It’s important to understand the content of any CBD products and check with your doctor if you’re suffering from any serious illnesses before you start taking this product. You should also check the dose on the product and ensure you keep within the stated amount, otherwise it may have adverse effects.