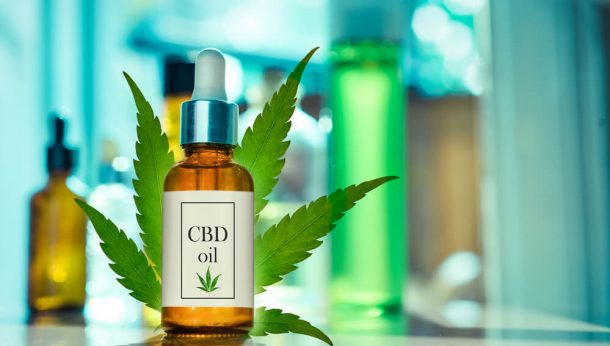 CBD oil is used to treat so many health ailments and is used to improve both physical and mental conditions. But does CBD oil help dementia? If so, then in which way? In this post, we’re going to answer these and some other popular questions about cannabidiol and degenerative brain diseases.

What Does Research Say?

The impact cannabinoids (including CBD) have on brain cells is not yet not fully understood. Nevertheless, we’ve already received some good news from researchers showing that CBD has potential in dementia treatment. For example, one of the studies discovered that cannabinoids can prevent the formation of amyloid in the brain tissue. This protein builds clumps in the brain and disrupts nerve signal conduction. Another study carried out at The Salk Institute found that CBD is able to increase connections between brain cells.

Despite these positive findings, CBD oil isn’t yet approved by the US Food and Drug Administration as medicine for dementia. Your doctor can’t prescribe it as medicine but can recommend it as a food supplement.

Although trials and studies have yet to verify whether we can use CBD oil to treat degenerative brain diseases, it’s already known that it helps tackle their symptoms. Cannabidiol works at three levels: it reduces inflammation in brain cells, decreases oxygen buildup, and acts as a brain stimulant.

When immune cells fall short to remove blockades in the brain’s small blood vessels, they trigger inflammatory processes. Inflammation is the major cause of Alzheimer’s disease symptoms. Luckily, CBD oil is a potent anti-inflammatory agent.

Inflammation is dangerous by itself but to make matters worse, it initiates oxygen release in the brain. Elevated oxygen levels negatively affect cognitive function and memory. As a powerful antioxidant, CBD suppresses oxygen production and thus protects brain cells from stress.

Not only does cannabidiol fight destructive processes in the brain, it also has the ability to stimulate brain cells, i.e. it promotes cell development and growth. On top of that, it was found that CBD can improve blood flow to the brain. As a result, a patient can, to some extent, recover memory and cognitive functions.

The symptoms of dementia are not only physical but also behavioral. People who suffer from brain diseases often develop anxiety and agitation. Thanks to its soothing action, CBD can significantly improve sleeping, mood, and reduce the level of stress.

Risks and Side Effects of Using CBD for Dementia

CBD oil is a much safer option to treat the symptoms of dementia in comparison with traditional drugs. Because it doesn’t contain psychoactive components or their concentration is so low, it doesn’t cause addiction or abuse. In fact, WHO claimed that no “public health problems have been associated with pure CBD”.

That being said, some individuals may encounter side effects of using CBD including nausea, diarrhea, and bloating. With prolonged use of CBD preparations, about 3% of the observed developed liver problems. Exceeding optimal doses is also fraught with increased tremor, and long-term abuse may actually deteriorate memory and thinking. Always consult your doctor before trying a CBD product for the first time.