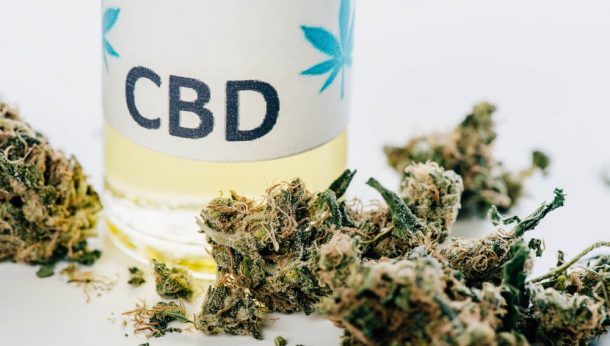 How Does CBD Work?

As more and more reports on the effectiveness of CBD oil to help treat and prevent certain illnesses continue to surface, public curiosity on how it works is rising. But how does CBD work? To understand this question, it’s important to understand the endocannabinoid system.

CBD (cannabidiol) is a compound found in Cannabis plants. There are more than 113 known cannabinoids and they all work by affecting the endocannabinoid system. CBD is a non-psychoactive compound which means that you will not feel “high” when using CDB products.

The most common way to extract CBD from Cannabis is using carbon extraction. This is the most expensive, but also the most effective way to separate the CBD oil from the plant matter.

During the height of the war on drugs in the 1980s, the Reagan administration invested millions of dollars to try and prove that marijuana has adverse effects on the human brain. While this research was politically motivated and its negative consequences are still felt today, it did give us the discovery of the body’s endocannabinoid system.

The endocannabinoid system is a network of neurotransmitters and receptors that are responsible for the maintenance of the homeostasis in the body. These receptors and neurotransmitters are spread out through the entire body and are also crucially located in the immune system.

This system controls a wide range of functions in the body including mood, sleep, temperature control, appetite, fertility, memory, and immune response, among others. This is the primary reason why CBD products have such diversified uses.

The Effect of CBD on the Endocannabinoid System

When Cannabinoids are used, enzymes break them down, allowing them to bind with the receptors. Studies indicate that CDB may not attach itself to the receptors, but will influence them in ways that researchers are still studying. It is, however, clear that in influencing these receptors, CBD can produce a wide range of health benefits.

It’s also increasingly clear that CBD can influence non-cannabinoid receptors. CBD has been known to modulate the 5ht serotonin receptor, which is useful in treating psychoactive disorders.

The Benefits of CBD

The interaction between CBD and the endocannabinoid system has produced numerous positive effects. Perhaps the most important is the effect CBD can have on epilepsy. It is also an effective treatment for anxiety, depression, and even PTSD.

Various studies have also connected CBD to the treatment and management of heart conditions including strokes and heart attacks. In small doses, CBD can also significantly improve appetite, a factor that can be helpful in patients undergoing chemotherapy.

CBD is also becoming one of the best natural ways to manage pain. It affects the TRPV1 receptor to block pain signals, effectively reducing all forms of pain. And since it is not as addictive as some painkillers, it can be used to manage pain in the long term.

While more and more research on CBD’s effects on the body is being conducted every day, we’re continuing to learn how CBD can be used to treat a variety of different health ailments. If you’re interested in using CBD for any of the above conditions, speak to your doctor first about this treatment as an option.