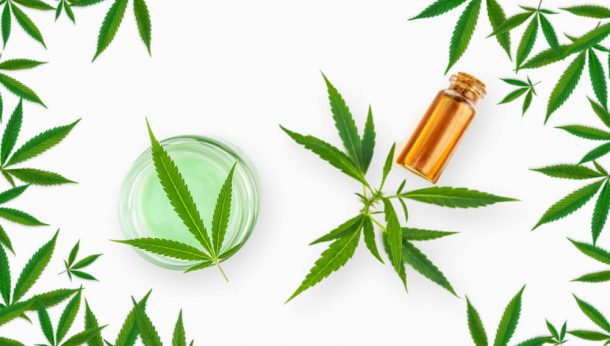 In recent years, CBD oil has grown to become a well-known and popular supplement for people with a variety of health problems. As well as with humans, CBD oil also has benefits for animals in much the same way. However, is CBD oil used in animals the same as that used in humans, and is animal CBD oil safe for humans?

Cannabidiol (CBD), typically comes from the hemp plant, which is a close relative of the marijuana plant but doesn’t contain tetrahydrocannabinol (THC) which is the compound that gives people the “high” feeling.

The CBD is extracted from the hemp and then distilled in alcohol to remove any impurities. The remaining CBD is then mixed with a carrier oil such as coconut or hemp seed oil. CBD oil itself has only been used in research since the 1940s, but as a medicine, it has been used by cultures all over the world for thousands of years.

It wasn’t entirely known how CBD worked on the body until the discovery of the endocannabinoid system or ECS. This system in the body is responsible for pain, sleep, and other body functions. The way that the CBD works in the human body is much the same as with other animals, which is why it has been so successful in treating animals with similar problems to humans.

How is CBD Oil Used?

There are now many ways that you can use CBD oil, including capsules, edibles, or tinctures. By far the fastest way to ingest CBD oil is with the tinctures because they can take effect in around 10-15 minutes. Other types that require ingestion take up to 30-45 minutes, and some of the supplements are lost in the ingestion process.

With animals, there are even more ways to use it. Some get baked into pet treats, while others include oil cubes and chews. There are also two types of CBD for animals, CBD isolate which is a pure form, and full-spectrum CBD oil made with hemp oil. It’s important to note that THC is highly toxic to animals, so you should not buy any products for your animals that contain THC.

For most products that contain CBD oil, they’re usually interchangeable between humans and animals. Animals have the same ECS functions that humans have, and this includes some of the most primitive animals.

While animal CBD products are generally the same as human products, it’s important to note that the safety requirements may differ. In most cases, human food and supplements undergo a more rigorous safety process before they are sold. This means that they are safe for human consumption. Not all animal food products may have the same level of testing.

Another difference is the flavor added to animal CBD products. Human products are not usually flavored, but animal versions need to be enticing for them to eat. This means you may find flavors such as liver or beef added to the CBD oil which may not be palatable.

For the most part, CBD oil that is marketed at animals can be safe for humans. However, it’s always important to read the ingredients on the label first just to make sure there is nothing that cannot be consumed by humans.