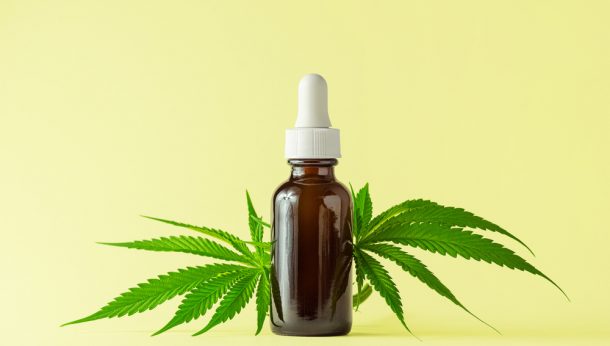 Is CBD Good For Infections?

Cannabidiol or CBD is gaining more popularity by the day for its stress-relieving effects, as well as a drug that can also help alleviate or ease pain, insomnia, epilepsy, inflammation, and anxiety (Note, however, that the FDA has only approved CBD for treating seizures for the time being). The non-active cannabis ingredient that won’t get you high is also believed to be an effective fighter against bacterial infections. So is CBD good for infections? Let’s see what research has to show about that claim.

Queensland University Institute for Molecular Bioscience researchers led by Ph.D. senior research officer and chemist Mark Blaskovich carried out tube experiments where they tested whether cannabidiol could squander VRSA, VISA, MRSA, and other Staphylococcus aureus (or S. aureus) strains which cause staph infections. It should be noted that staph infections have become highly resistant to antibiotics, which is why it’s getting too difficult to fight them.

They found that CBD was effective on Gram-positive strains, such as S. aureus, as they come with no outer membrane, which makes it easier to treat with antibiotics compared to their Gram-negative counterparts. Negative Gram strains have a tougher-to-penetrate outer membrane and are more resistant to antibiotics. These cause infections like chlamydia, salmonella, and E.coli. Nevertheless, a Reed College microbiology researcher, Brandon Novy, has presented a study showing that CBD could also fight some Gram-negative infections. Keep in mind that this is a preliminary study, which is worth to be followed up on, according to a John Hopkins Center for Health Security senior scholar and infectious disease doctor, MD, Amesh Adalja. However, additional research backs up these claims.

Back to the Queensland University research — CBD and common antibiotics (i.e., daptomycin and vancomycin) were found to bear similar potencies. This means that CBD can indeed kill bacteria, according to research findings. In fact, CBD managed to kill the bacteria within three hours, which is pretty fast considering that Vancocin (Vancomycin) does so in 6-8 hours. This is a huge development considering that the World Health Organization has reported that antibiotic resistance is reaching unprecedented high levels.

That aside, the same research evidenced that CBD can also disrupt the layer around bacteria (aka biofilm) that makes it more challenging for antibiotics to penetrate. The biofilm is a key part of the infection process as it enables bacteria to attach to any host or surface and survive. This is believed to be a promising finding, given that the bacteria were unable to form a biofilm, hence, resistance to the CBD.

Keep in mind, however, that the research is still in the early stages, and it ‘s not advised to use CBD to self-treat infections.

The University of Southern Denmark research

A University of Southern Denmark research team has published a scientific study demonstrating that CBD has a more powerful effect of treating infections with antibiotic-resistant bacteria than when using antibiotics alone to treat the bacteria. The research team came to that conclusion after combining CBD with antibiotics. This means that they needed less antibiotics to kill a certain number of bacteria. In the study, CBD prevented the S. aureus bacteria from dividing normally while also lowering cell division and autolysis genes, making the bacterial membrane unstable.

Therefore, CBD is regarded as a helper compound that boosts the antibiotic effect, which allows individuals to need less antibiotics to achieve the same effect and treat their infection. This could be a major breakthrough in the development of fewer resistant bacteria, especially considering that antibiotics overuse is the fundamental cause of antibiotic resistance.

All in all, preliminary research has shown that CBD may be good for infections. However, further studies and research are needed before one can reach concrete results or self-treat infections using CBD products.