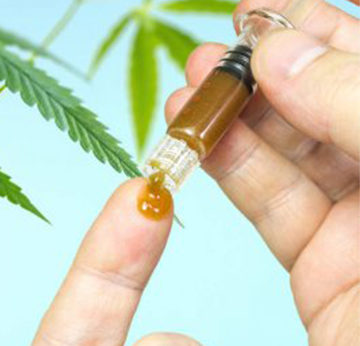 Is CBD Legal In The United States?

When it comes to the United States, the federal government considers and recognizes only two forms of the Cannabis sativa plant: hemp and marijuana. As to the question, Is CBD legal in the United States, the answer is both yes and no. Hemp is considered to be the least processed and contains a high-level of cannabidiol properties or CBD. It’s the same compound found in cannabis, which is popular for its amazing medicinal properties. It also has traces of delta-9-tetrahydrocannabinol, otherwise known as THC. TCH is the psychoactive component that makes a person feel high.

Marijuana is considered to have higher traces of THC; sometimes, the content can go up to 30%. As per research, the lower levels of CBD will have 0.2%. It was in the year 2018 when the Farm Bill, which is the Agricultural Improvement Act of 2019, legalized CBD that contains THC levels not more than 0.3%. CBD, which is derived from the marijuana plant, is completely banned and is considered to be illegal as per the Controlled Substance Act. Marijuana is considered to be a Schedule 1 drug by DEA, which is the Drug Enforcement Administration. This means that DEA doesn’t find marijuana to have many benefits when it comes to health and has a high potential for substance abuse.

The Farm Bill issues some necessary regulations for farmers of hemp as well. The regulation said that any cannabinoid found in the cannabis plant or any set of chemical compounds of cannabinoid compounds found would be considered legal; however, the hemp that will be produced must adhere to the Farm Bill. In simple words, any CBD products, even with legal THC amount if not processed by a licensed producer, will be considered illegal by federal regulations.

CBD being an approved prescription drug, the FDA considered it to be a drug ingredient. By this FDA means that CBD can’t be sold or marketed online or offline as a dietary supplement, which has therapeutic properties. In order to be able to do that, the CBD product will first have to go through the proper FDA’s drug approval process, and this rule will remain the same for every CBD product. Whether the product is derived from hemp or not, the FDA’s drug approval process will still be necessary.

Since CBD products will have to go through the FDA’s approval process, how about CBD edibles, oils, and pills? These items are quite popular among the audience as they claim to have therapeutic properties. They are considered to be good for decreasing pain and fighting against anxiety. Well, FDA is still trying to figure out whether these claims are valid or not.

So far, there has not been enough research done that claims that these products can curb the spread of cancer, decrease pain, or give relief from anxiety, and neither has there been any research done that claims that they are safe and effective to take. Only FDA has the power to give CBD products a heads-up, and they are still trying to figure out whether to do that or not.

Even if hemp-derived CBD has been accepted to be legal by federal law by many cities and states, these laws keep getting updated. For example, Colorado had made all part of the hemp plant to be legal. However, when it comes to Texas, any product with THC amount found is still considered to be illegal. To find out if CBD products are legal in one state or not is to read about local cannabis law of that particular state. That way, it will become clear.