Shop Now
Home > Blog > CBD Oil > What are the medical benefits of THC and CBD? 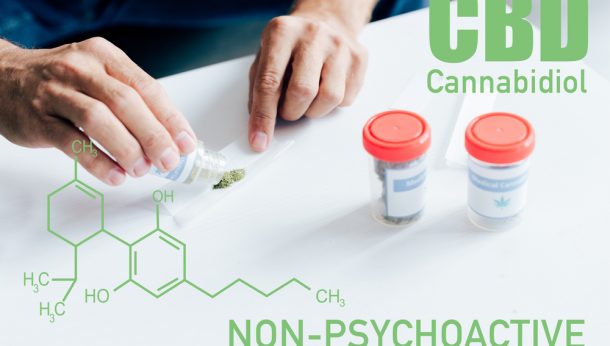 What are the medical benefits of THC and CBD?

The popularity of marijuana compound cannabinol (CBD) and CBD oil is increasing when it comes to the medicinal properties they hold. Is pure CBD tincture medical? The applications of CBD are categorized into three parts: mental health care, treatment of complex motor disorders, and pain management.

Some studies, however, have suggested marijuana’s main compound tetrahydrocannabinol (THC) is more responsible for cannabis’ therapeutic effects. THC has been repeatedly linked to symptom relief, which contradicts the popular belief that only CBD has medicinal benefits while THC only makes you high. THC is as important as CBD in generating certain therapeutic benefits.

Both CBD and THC are extracted and developed for medicinal purposes through short path distillation. The medical benefits of THC and CBD are as follows:

Cannabinoids in marijuana help reduce pain by altering the pathways of pain perception in the brain. This is helpful when it comes to treating conditions that lead to chronic pain such as migraines, endometriosis, fibromyalgia, and arthritis. In some cases, medical cannabis helps replace the use of NSAIDs (nonsteroidal anti-inflammatory drugs) such as ibuprofen, which can have negative side effects.

Cannabinoids help to reduce the side effects associated with cancer treatment, like loss of appetite and nausea. Moreover, cannabinoids, when taken orally, can help reduce vomiting and nausea caused by chemotherapy.

Some studies conducted on cancer cells show that cannabinoids may either kill some types of cancer or slow the growth of cancerous cells.

In 2018, the FDA approved the use of CBD as a component of a drug used to treat two rare and specific kinds of epilepsy known as Dravet syndrome and Lennox-Gastaut syndrome with the drug Epidiolex. These conditions are both difficult to manage with other kinds of medication. The approval by the FDA was based on research findings and clinical trials.

A study published in 2019 showed that CBD helps reduce the number of seizures among kids with Dravet syndrome when compared to placebo. Dravet syndrome-related seizures are repetitive, prolonged, and potentially lethal.

In the study, 120 teenagers and children with Dravet syndrome aged between 2 and 18 years were assigned orally received CBD or a placebo for 14 weeks. Children and teenagers who received CBD had their seizures reduced from an average of 12 per month to six per month.

Marijuana (THC) has been known to have positive effects on the limbic system, which is why doctors have prescribed it to treat several mental health and neurological conditions including Tourette syndrome, post-traumatic stress disorder (PTSD), Parkinson’s disease, multiple sclerosis, epilepsy, anxiety, and depression. CBD is increasingly being used for anxiety and depression, as it gives the user a relaxing feeling.

Both CBD and THC have been known to have relaxing effects that can help improve sleep disorders like insomnia. An individual may even get improved sleep due to pain relief as a result of cannabis usage.

Both THC and CBD have been known to help reduce inflammation, which can benefit people suffering from inflammatory conditions like rheumatoid arthritis and Crohn’s disease.

As you can see above, both CBD and THC have a number of health benefits, and more and more people are seeking out these products for their amazing medicinal properties. If you’re interested in trying cannabinoids for a health ailment, first speak with your healthcare provider.